Using data in hyper-growth recruiting mode: How Zalando does it 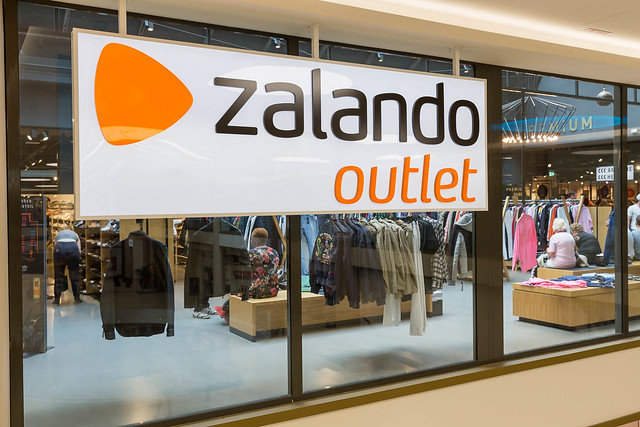 Growth is an exciting but at the same time challenging phase because the company’s future depends on its performance and scaling. As people lie in the core of such growth, the hiring strategy becomes that much critical during this period. Companies operating in a hyper-growth mode need to scale fast enough to meet business goals, but at the same time establish a hiring process, correctly estimate their hiring needs and attract the best candidates.

To better understand the transformation into data-driven hyper-growth recruitment, we look at how Zalando leveraged data and people analytics to make better hiring and business decisions.

From selling flip-flops to a leading fashion platform

Zalando started as a simple online shop in 2008 selling flip flops. Today, they have emerged as Europe’s leading online fashion platform with over 300.000 products. As a fashion technology company, Zalando covers 17 countries in Europe and employs nearly 16,000 employees. Reaching these numbers cannot be managed by humans recruiters and talent managers. Zalando realized they need to seriously start working with data and analytics to meet their hiring needs.

Manjuri Sinha, former Global Lead and Tech Talent Acquisition at Zalando, currently Global Head of Talent Acquisition, Tech for OLX Group, told Zalando’s data story at the Nordic People Analytics Summit 2019. Although Zalando has been in the market only 11 years, they have ambitions to become the “Netflix or Spotify of the fashion world”, Manjuri explains. To fulfil their business and technology goals, Zalando needed to stuff a serious number of people in their tech team.

At the beginning of their journey towards data-driven hyper-growth recruiting, Zalando realized they have some outstanding challenges to solve before they can see some results. They needed to seriously consider what capabilities, resources and teams they had in place and what they needed to invest in.

We’ve changed the market, and we also believe in doing so within the organisation.

Baby steps towards data and analytics

The first item on their hyper-growth agenda was the pressing recruitment challenge. Zalando’s goal was to recruit 1,000 engineers, an umbrella term they use for developers, data scientists, researchers, machine learning experts, data analysts, data lake specialists.

The obvious options that had been practised were:

What was more challenging was that they had abandoned Excel sheets and moved to a proper ATS just 3 years ago. They didn’t have a people analytics team when they started the challenge, so they had to look into their current teams and crowdsource capabilities.

But Zalando wouldn’t be what they are today if they hadn’t thought outside of the box and questioned the status quo. “We’ve changed the market, and we also believe in doing so within the organisation”, says Manjuri. They were ready to try out a very different battle plan to tackle the challenge at hand.

When numbers tell a story you should listen

While working on their strategy, Zalando defined what KPIs they wanted to improve in their recruitment process, and in order to do that they needed to dig into the numbers. “Yes, we are from the HR field and number scare us, I admit that numbers scare me. But when numbers start talking and telling a story, I like them and prefer them”, openly states Manjuri.

The first goal was increasing their overall deliveries. They wanted to increase rate-of-offer acceptance, which meant having more hires. Manjuri says that they know they had to look into their numbers to find the answers. The KPIs they were aiming to improve were:

I admit that numbers scare me. But when numbers start talking and telling a story, I like them.

First, with the help of their business intelligence team, they cleaned out the reports from their ATS, which gave them a much better perspective of their candidate pipeline.

The first thing that raised a red flag in the candidate pipeline was their soaring filter-out ratio. Zalando realized that 88% of the applications were filtered out. Recruiters that were screening application actually wasted their time looking at candidates that don’t match job descriptions. Majura explains that the first they looked at their job descriptions as the potential problem of their high filter-out ration and non-fitting candidates. With the help of a tool, they analyzed the quality of their job descriptions, including length and conversion rate. By tweaking their job ads based on the data insight, Zalando managed to increase their conversion rate from 16,9% to 25% and reduce their filter-out ratio.

The second effort to increase the quality of job ads was to understand who they are targeting. Based on external and internal interviews with employees, they developed a talent persona which helped them understand where certain profiles of candidates look for a job. Based on these insights, Zalando developed a laser-focused targeting strategy for relevant job positions, including channels and message type.

And third, Zalando realized that they needed to reduce their time-to-offer and time-to-hire. Their time-to-hire of 70 days was negatively impacting their recruitment process. During their pipeline analysis, they also noticed that a lot of time was spent on scheduling and waiting for interviews to be scheduled. Sometimes, a candidate could wait 3 weeks before they are called in for an onsite interview, which leaves a big window where they lose the candidate to another company in the meantime.

Also in their analysis, they discovered that it took a coordinator 22 minutes to schedule one set of onsite interviews for one candidate. Whereas, it took 45 minutes to an hour to reschedule an interview. These time periods were ineffectively taking up coordinators’ time and wasting resources. On top of all, 60% of interviews were rescheduled because of various reasons. It was clear that Zalando’s interview scheduling required optimisation and automation.

To solve this problem, Zalando implemented an AI-based scheduling automation tool in the form of a calendar that allows candidates to pick a time slot for an interview. It synchronises candidates and recruiters calendars, which enables a much faster and efficient interview scheduling. As a result, Zalando noticed that the time to schedule one interview was reduced to 44 seconds. Also, because candidates had the power to schedule their own interview, the number of rejections and postponements decreased, which in turn reduced the rescheduling time. On the long run, the scheduling tool help decrease the time-to-offer and time-to-hire as it freed coordinators from manual tasks and enabled them to enhance the candidate experience.

One of the aspects Zalando were also looking to improve was candidate experience. For this, they also tapped into their essential internal tools. Being a fashion tech company, their customer NPS (net promoter score) is also one of the most important KPIs that drive their business performance, as Manjuri states. To measure their candidate NPS they used the same tool as for their customer NPS. After running all their candidates in the process, they got insights into three segments they could improve.

The first area that offered room for improvement was speed – which they tackled with the time-to-offer and scheduling automation tool.

The second was clarity, which was covered in improving the job description quality.

And the third aspect was feedback. Manjuri points out that the insight they got from their candidates is that the feedback they were giving was not actionable and/or not relevant. This insight helped Zalando trace back the recruitment process to the training team, workshops and hiring managers. They changed the way they reject candidates, especially candidates that could potentially be selected for other jobs in the future.

All of the above improvements helped to enhance Zalando’s overall candidate experience.

Numbers can do so much, but you need people to do the work and deliver.

To sum up the results from Zalando’s strategy for using data in their hyper-growth recruitment mode:

Zalando’s hyper-growth recruitment process resulted in successful 700 hires, despite their initial target of 1000 hires. The targets were adjusted during the process due to business volatility and certain departments changing priorities and pushing their requirements for the next year. The headcount gap was insignificant to have any impact. But the most impactful result was that Zalando managed to reduce their agency spend to less than 2%, which truly deserves some attention.

What can companies going through a hyper-growth recruiting process take away from this story? In Manjuri’s words, it’s not always important to get bigger, hire more, get more resources and capacities. Sometimes it’s also important to get better, and it’s the numbers that can help you decide what you should focus on. You should see what works best for you and double down on that, be it branding, marketing, specific tools, etc, and use it in your recruitment process. And lastly, keep it simple so the team can use it in the business.

But probably the most important thing to remember is that numbers can do so much, but you need people to do the work and deliver – they are the company’s biggest asset.

Any opinions and thoughts expressed in this article belong to the speaker referred to – Manjuri Sinha, Global Head of Talent Acquisition, Tech for OLX Group. 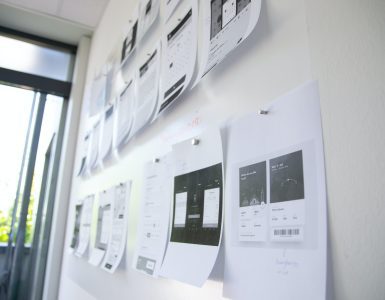