Is there room for IT on the road towards a data-driven organisation? 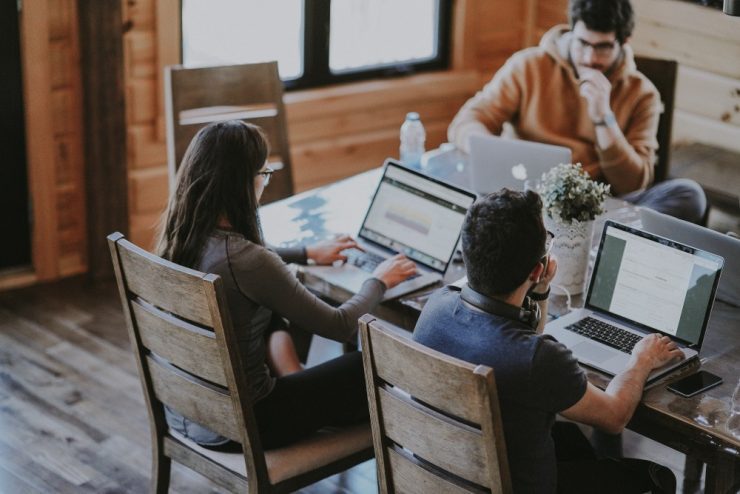 Why was IT created?

The IT department rose to its fame when information technology and the Internet started being widely used in the organisation back in the 1980s. The rise of the internet created many new business opportunities and laid out a new economic narrative enabling companies to be more connected than ever before, contributing to the globalisation we are still leaving in.

The position of the CIO was forged to lead the IT department to prepare the organisation for the technological revolution and manage a centralised team of technicians whose role was to take care of the informational systems and technologies running in the organisation.

The most advanced companies of the day quickly integrated information technology into their businesses, and it became the backbone of every process, supply-chain and transaction. The world was in the midst of the Third Industrial Revolution, and the IT department and the CIO were the symbols of change in the organisation.

Personal computers became a commodity and a necessity to connect and get information. In the corporate organisation, the majority of employees had their laptops as the first tool, and this meant IT administrators were essential for maintaining physical servers, firewalls, databases and networks without which business in the Internet era would have been impossible.

A new revolution on the horizon

With the introduction of the Internet of Things, automation, smart machines and digitalisation in the mid-2010s’, it was clear that a new revolution was underway – Industry 4.0, digital technology and data connectivity. Data was and still is at the core of every component of the transformation in the Fourth Industrial Revolution. Companies discovered that by collecting and analysing data they could gain much-needed information about their products and services, and what’s more important, information on how to improve them. Data started to differentiate as a competitive advantage.

Organisations integrated new methods of collecting and analysing data. Data and analytics quickly found their place into business processes and proved great value to companies that leveraged it.

Where is the role of the IT department in a data-driven company?

However, this order of the things was challenged by the digital natives – a new breed of tech companies who have managed to disrupt the industry. Amazon, Google, Facebook, Uber proved massively successful and quickly dominated the market by exploiting the most valuable asset they had – data. Their business models were based on finding smart, innovative and disruptive ways of using and monetising on the data they had.

Following the example of their founders, these tech startups were all about data-driven innovation. Early in the data days, they recognised the goldmines of customer data had stacked up and made smart investments to utilise it to continuously improve their business performance and offer what their customers wanted. Tech giant’s data-driven business strategies catapulted them to the dominant place in the marketplace.

Inspired by their huge successes, other companies look up to the tech giants and try to adopt their data-driven ways of doing business in the effort to advance their performance and adapt to the data-first society.

However, in the midst of this data-driven revolution, the role of IT as the guardians of data is challenged. The reason can be found in why and how IT departments were established and the nature of their functioning, seen through the shifting paradigm in the data-driven business today. For many years in the past, the focus of IT was on automating manual processes in commercial functions, like calculating payrolls, insurance premiums, pensions, etc. This way of working has created a certain mindset in IT that gives a focal point to defining a problem (process), automating it and that was the solution, emphasised George Staw, Chief Data Architect at Barclays Bank, in an interview for Hyperight.

But with the advancements in data and advanced analytics, things got a bit more complicated and couldn’t be just defined as a process, especially when we consider enterprise-wide data management, for example.

What’s more, users in the data era are more and more asking for data-centric IT, which can be described as “a single, comprehensive set of standards and structures which make corporate data governance transparent and straightforward”, highlighted George Staw during his session at the Data 2020 Summit 2019.

Users are increasingly asking for everything to be “baked in” into one single system, they don’t want to do to another system to check if the governing principles of data usage, or if the data is still relevant. They expect and require the data to be in the foreground of all processes and systems.

Nevertheless, IT fails to provide these data-centric solutions because the IT industry still operates on the process paradigm, which is the approach they acquired 50 years ago when the first computer programmes were created, pointed out George Staw. This process paradigm proved successful in the past, and it was considered the key to unlocking the power of technology. It stems from the idea that any intelligent task can be automated if it’s defined as a series of actions and decisions. As mentioned before, IT works on the premise that if they define the process, they will find the solution.

However, this process-centric approach emerged when technologies for storing data were practically non-existent, and computers could only run single programmes, stated George Staw.

Today, the IT industry is still operating on the same principle, while there is a seismic shift happening towards data-driven and digital disruption.

In the new reality where data and insights are at the centre of all business processes, process-centric IT is restricted by several limitations, one of which is scalability, i.e. there is a limit to what can be defined as a process. And because there are no alternative methodologies, they apply the process paradigm to more complicated concepts and undertakings. This is the core reason why IT users face abundant data-related problems.

But when considering managing data at an enterprise level, ensuring high-quality data throughout the whole supply chain, improving data security and integrity, as well as taking care of the entire data architecture to support it, it is clear that they can’t be narrowed down to simple automating processes.

This great process fallacy, as Staw names it, comes from the fact that IT still believes and adheres to the process paradigm looking for ways to solve the problem in, e.g. data management and data governance. And it’s simply impossible to imagine enterprise data governance as a single process and automate it.

For all these reasons, IT is not the department that should be appointed to be in charge of the modern data management, data governance, and data strategy of an enterprise. This is what data leaders comprehended and started establishing organisations responsible for leading data management in the data-driven enterprise.

But where does the new data-driven organisation put IT?

The most advanced companies in the world have recognised this shift and have begun the transformation by appointing data-related lines of business and Heads or Chiefs of Data that are in charge of how the data is managed and used and create value from projects through data collection and analysis from multiple teams at an organization.

Most significantly, if we take a look at how the big tech companies are organised, we clearly see this in their organisation. The most successful data-driven companies like Amazon, Google and Facebook do have IT departments, but their role is to support the other departments in terms of information technology, systems and security, and not have them lead the data initiatives.

In fact, if we look more closely at Google, they have not one but three IT departments each in charge of a specific aspect. Their CorpEng manage Google’s financial systems, the backends for the HR systems, and the corporate network. TechStop is the IT support who provide assistance for laptop fixes or conference room VC systems. And SecOps look after all the physical and IT security issues in both corporate and production.

As we can see from the above examples, the two tech giants allow their IT department to do what they were built to do – provide IT support for their different functions and maintain the technical infrastructures. On the other hand, they have dedicated departments driving data and AI initiatives and making sure data is used adhering to the corporate policies in a governed and responsible manner.

IT as a partner in the data-driven transformation

IT has always gone through changes in the past. However, the changes in the last several years promoted by data and the cloud have brought in a new way of working that transcends the process-related principles of IT and creates new functions with capabilities for the data-first organisation. But this evolution doesn’t shut out IT from the journey. In fact, IT can be strong partners for the Head of Data or the CDO in setting forth a strong data management strategy for the data-first decade.

For the IT department to be a true partner for Data Management and the whole organisation, it must ensure to embrace the new shift. The future IT department should act as a custodian of various data technologies and systems and assist in their use. The future IT partner should also commit to a cloud-first and AI-ready environment facilitated by agile, collaborative, governed Data Management. The ability to adapt to the transforming environment will determine whether IT remains relevant in the modern data-driven organisation.

AIOps is the application of artificial intelligence into IT operations essential for monitoring and managing modern IT environments. 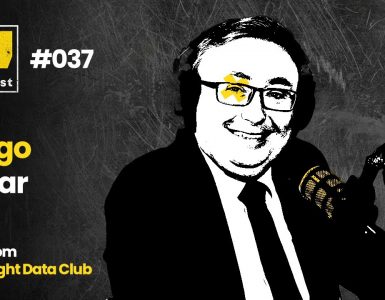 Bookmark Please login to bookmark Username or Email Address Password Remember Me In episode two of season three of the weekly Artificial Intelligence After Work (AIAW Podcast), we have the pleasure to welcome Diego...

Let’s see what the Future Says…

Data Mesh in Practice — How to set up a data-driven organization: Interview with Max Schultze